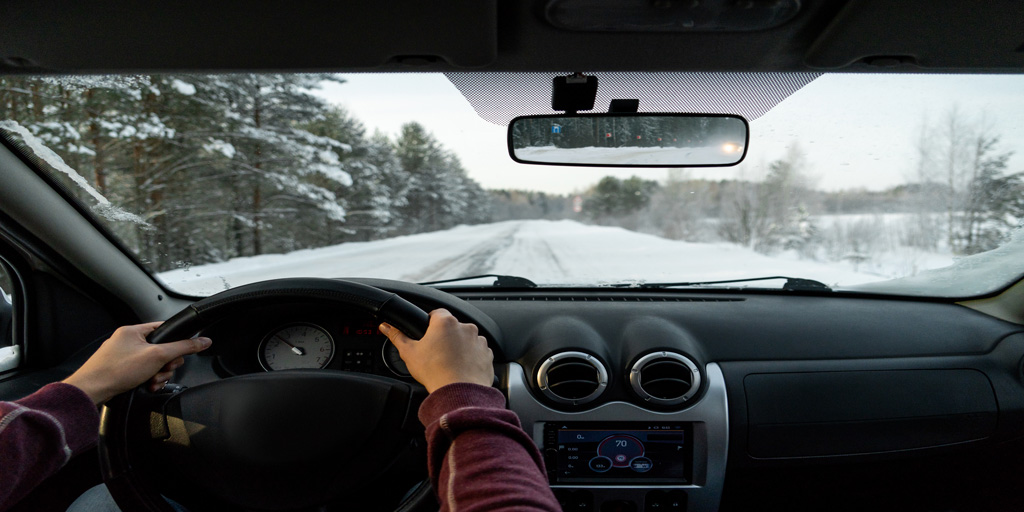 Did you know that motor vehicle insurance claims can spike as much as 35 percent between December and the end of February? The main reason for that is poor driving conditions during the winter months.

Motorists often fail to drive well during such treacherous conditions, which leads to accidents and other mishaps. However, there are certain strategies that they can employ to ensure proper safety.

We had a chat with Scott McIntyre, CAA Saskatchewan's VP of Automotive Services, who shared some expert tips for navigating the roads of Saskatchewan during the winters.

1. Drive to the conditions

When driving during the winters, it’s a good practice to drive slowly. Even if this means at times driving below the posted speed limit.

"The speed limit is set for ideal road conditions," McIntyre says, meaning that the police can actually ticket you for driving the speed limit in bad conditions. "If this means doing 80 km/h in a 100 km/h zone, so be it,” he says.

While driving slowly is a good thing, it doesn’t mean that you overdo it. Driving too slowly can be dangerous as well and cause a lot of inconvenience to cars on the road.

“There's a fine line between driving to conditions and being overly cautious," McIntyre adds.

As a rule of thumb, always go easy on the gas. This strategy also helps keep the road safe for others.

For example, if you’re having trouble accelerating after stopping at an intersection, your first instinct will be to accelerate more by pressing the gas pedal.

While doing so might help you get out faster, it, unfortunately, will also create issues for anyone who follows you. Accelerating hard on the ice can lead to your vehicle’s wheels spinning in the same spot, which might polish the ice.

This can then make the area slippery and therefore create problems for anyone who drives after you.

CAA PRO TIP: If you find yourself in such a situation where your car’s wheels start to spin, take your foot off the gas pedal until the wheels stop. Once stationary, use the accelerator gently to try getting out.

There is plenty of evidence proving that all-season tires just don't cut it for winter.

CAA Saskatchewan recommends installing four winter tires, which stay pliable to -40 degrees Celsius and have tread patterns that grip the ice and bite into the snow.

Tires marked with ‘mountain’ and ‘snowflake’ symbols meet specific traction requirements and are designed for such severe conditions.

Winter tires are a boon and can save lives. Summer tires become hard in winters and thus have less traction. It's like the difference between a regular shoe and a curling slider on ice (or between a street shoe and a dance flat, for those who don't follow curling).

While driving during the winters, it’s a good practice to stay extra alert and keep your eyes up, looking far down the road. Doing so will help you identify issues before they become serious.

Your eyes will also tell you very early in case your vehicle begins to skid. Knowing this as soon as possible helps you correct a slide before it becomes unmanageable.

Speaking of skids, knowing how to fix a skid is perhaps one of the most important aspects of driving safely during the winters.

In the unfortunate event that your vehicle begins to skid, try doing the following:

The way you tackle a skid on snow also depends highly on the type of transmission your vehicle has.

Recommended Reading: The Difference Between FWD, RWD, AWD, and 4WD

“In a front-wheel skid, when you aren't turning as much as you'd like, lift off the gas. In a rear-wheel skid, don't lift the gas and steer where you want to go," McIntyre says.

CAA PRO TIP: In the event of a skid, the key is to not panic. The best way to avoid panic is to think about what you need to do before it happens. Try using the power of imagination to rehearse such scenarios beforehand. If you experience a little skid, be aware of how you handled it and think about what you could do better the next time it happens.

6. Know how to get out of snow

If you find yourself in a situation where your vehicle is stuck in the snow, then try going backward first.

People often make the mistake of trying to accelerate themselves out of such situations, which could lead to them getting more stuck in the fresh snow ahead.

Going backward, however, gives you a better chance to get your vehicle unstuck as the snow behind would have already been compressed from your driving over it.

Put your vehicle in reverse, try to back yourself out, and follow your own tracks back to firm footing. Even a few centimeters can allow a run-up and enough forward impetus to get past the problem.

In case the attempt fails, try going a little forward and then backing up your vehicle again. This will give you a better chance as now you will have more compressed snow behind you.

Another thing to keep in mind while trying to unstick your vehicle off the snow is to keep the wheels as straight as possible. This is more important with rear-wheel-drive vehicles than front-wheel-drive ones.

And finally, if your vehicle goes off the road, is stuck in the snow, or is in an undrivable condition don't leave your vehicle and wander out.

As a first step, use the CAA Mobile App and request roadside assistance. You can also call CAA Saskatchewan at 1-800-222-4357 or request for the same online.

Once done stay inside your vehicle and run it intermittently to stay warm and conserve fuel. The only reason why you should get out of your vehicle is to clear snow from your exhaust pipe.

As always, don’t panic as CAA tow truck drivers will come along and get you to safety.

How a CAA Travel Consultant Helped a Member Save $1,500

Why a CAA Membership Makes Sense Even for New Car Owners

The Road Trip Guide: How to Plan and Pack for Your Next Adventure